We chat to Gunshot Blue about massage parlours, small towns and headache tablets 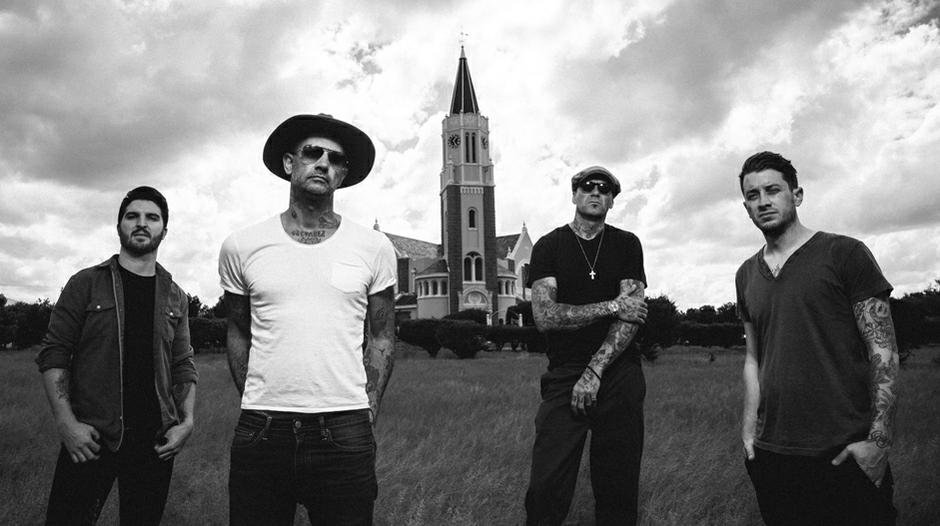 Cape Town – We recently sat down with Johannesburg based blues folk due Gunshot Blue for an interview while they were on tour in Cape Town.

At the popular Cape Town coffee spot – Haas, surrounded by the aroma of coffee, we sat down with Pepi Dimevski and Frans Borman to talk Gunshot Blue, making music and day jobs.

Channel24: How did you guys meet and how did Gunshot Blue come about?

Frans: Me and Pepi, we’ve known each other for a couple of years, he’s a tattoo artist, I used to come down to Cape Town to get my tattoos, but I got tired of doing that, so I heard about this guy in Joburg that’s not bad. No he’s actually very good!

Pepi: I was planning to start something like this, and I knew Frans and his previous band’s music, Black Camaro, so I just thought I’d want to try something with Frans. And one day he came to my shop and I asked him let’s do some music, let’s try something different, and ja, the two of us worked so well, after just a few days of jamming we came up with some great ideas for great songs.

What are your musical backgrounds?

Pepi: Well, I’ve been playing music all my life, I started my first band in 1992, I haven’t stopped playing music since then and I don’t think I ever will stop. I’ve played different genres of music, and different styles of music throughout all these years, Gunshot Blue is something fresh, something very new. For a long time I’ve been planning to do this type of music, folk-blues, I wasn’t ready earlier, so I thought now is the time, now I am feeling it.  And I guess Frans felt the same.

Frans: I never thought music was part of my life, but it was so part of my life that I didn’t see it, you know it was one of those things, it was always there. I’ve been involved with it since I was very young, and it’s something I’ve always wanted to be part of, whether I’m in the audience or taking pictures or whatever. Yeah, over the past couple of years I’ve been in front of the camera, on stage, and writing. For me it’s a very good medium to express myself.

Do you guys have day jobs?

Frans: I don’t know, you know what, it’s cool to do it every now and again, but I think sometimes we put too much pressure on if it’s full time. It becomes too much of a burden, it’s like you need to live life to tell stories.

Pepi: We do the music not like to make money, maybe if it happens that we could just do the music then it will work, but we don’t think like that, we write music that we like. We don’t just think let’s sell the music, let’s make money, the songs come out of our hearts, like it’s our feelings.

What do you guys write about, what is the process and who writes songs etc?

Frans: Well it’s pretty much organic between me and him, he would have an idea, he will play me something and then soon after I will come in, and hear it and fine tune it. What do we write about? It’s the blues you know, sometimes it’s collective, sometimes it’s about groups of people, scenarios, sometimes it’s personal (about girls, says pepi!). The one song I wrote for him, about him. The blues is about normal people, the unsung heroes, the bluer part of life. I think the lyrics are very obvious sometimes.

If you had to describe your music to someone who doesn’t know it in one sentence?

Frans: Gentle folk-blues. I think there’s definitely a big folk element through it, which differentiates us from a normal blues act, even the way Pepi plays, people will think it’s blues, but the way he plays and where he comes from, for me personally I can hear the Slavic influence, and that’s very folk to me.

Pepi: We cross the blues and folk very gentle, and thus we call it gentle folk-blues.

If you could collaborate with anyone in the world who would it be and why?

Frans: I would like to collaborate with someone that’s not in our genre, so for me gypsy music would be cool, even something like those Mongolian throat singers, I’m gonna go with that.

Pepi: Now that I’m getting a little bit older, I’m looking more back in time, where I come from, the roots of that style of music. When I was leaving there I was interested in punk rock in hardcore rock, but now that I am getting older and being away from my homeland where I was born and grew up, I’m kind of more looking back to that  music.

What do you guys never tour or travel without?

Frans: For me that would be headache tablets. Yes, I would suffer without them!

Pepi: I guess for me that would be grappa.

What do you guys do before you go on stage, do you have any rituals?

Pepi: I drink wine, red wine of course. Warm up the hands, fingers, the slide, it works well for me.

Frans: For me, I generally psych myself up, I start feeling the energy… ek wen myself op.

Frans: When we had rehearsals recently, I fell asleep on the microphone.
Pepi: That was awesome!
Frans: The song was still going on okay, and they were saying Frans Frans! They woke me up and I started singing the verse but I had to sing the chorus.
Pepi: He fell asleep with his eye on the mic.
Frans: It was quite comfortable…

You don’t have any crazy groupie stories?

If you’re not doing your day jobs, or music, what do you do to relax?

Frans: I like to travel, I like visiting small towns. I love SA a lot, so I try to escape. I live in the city, I don’t really want to, but that’s where we have to be for work, so for me it’s small towns, dirt roads.

Pepi: I like cycling, so if I’m not that busy with my job or music, I ride. I do races. When we’re busy with the band and travelling a lot then the cycling will fall behind a bit, but when we’re not busy I like to do races. I didn’t do the Argus this year, actually I was supposed to ride from Sun City to Cape Town, I did it last year. It’s a charity ride that we do, I did it last year and then we did Argus. I took 7 days. It’s about 200 plus kilometers a day.

What’s the last thing you googled?

Frans: The last thing I googled was his hometown, because I always forget how to spell it.

Pepi: I googled massage parlours around Cape Town. My back is so hurt from sitting in a car, I’m dead serious. This morning I googled.

Did you find one?

If you could spend a day with any celeb or iconic figure, who would it be?

Pepi: Mike Ness from Social Distortion is kind of my idol. If not him, then my second will be Dan Patlansky, he’s a good friend and I love spending time with him. He’s the greatest guitarist, so he’s my second option.

Frans: Johnny Depp. I would like to be at his home and see what he’s doing there.