Until The Last Prayer … OUT NOW! 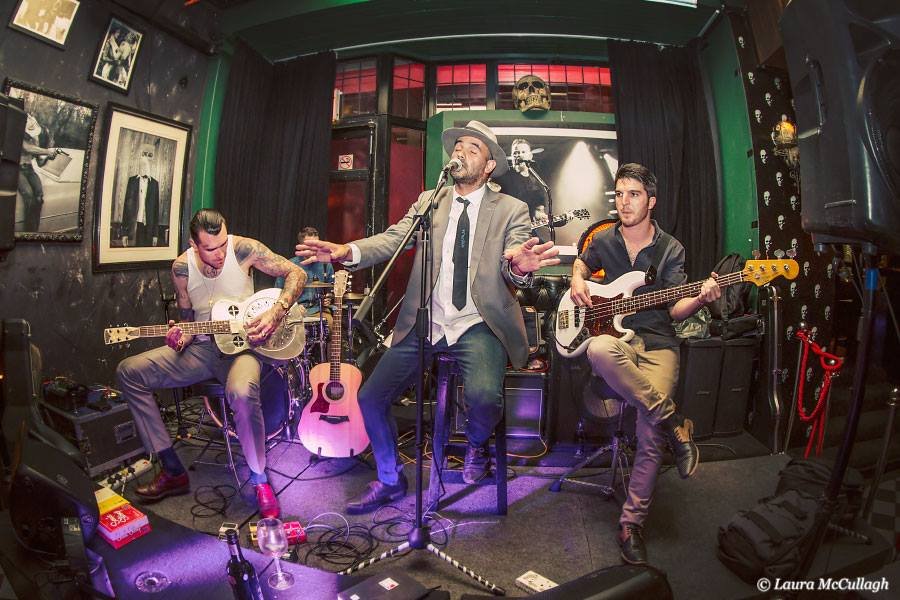 Jo’burg-based Blues Rock band, Gunshot Blue, have released their much-anticipated debut full-length album “Until The Last Prayer”. The album is available on digital release now and on CD in all good music stores nationwide.

“Gunshot Blue a breath of fresh air to a genre overridden with soulless showboats. Pepi’s guitar tone and playing is raw and real and he gets the job done without taking away from the songs and Frans vocals and melody choices compliment his warm demeanour onstage. Gunshot Blue proof that the blues still has legs to evolve and doesn’t need to be put on the shelf as a legacy genre.” – Gareth Wilson (SGQ front man/Oppikoppi local talent buyer)

Recorded, produced, mixed and mastered by Tom Hughes, the 10-track album draws you in from intro track “She”, and flows through a collection of sonic highlights such as tracks “Hit Me Up”, current single “New ”, “In The Cave”, moody track “These Hands”, and ending with the energetic “Neon Love”. “Until The Last Prayer” is a Blues Rock journey to get lost in from start to end, hypnotized by Borman’s raw emotional vocal delivery, nestled in heaven of great musicianship from Gunshot Blue.

“I cannot wait to hear Gunshot Blue’s long-awaited debut album. When it comes to roots music, these guys are the real deal. The authentic slide guitar work of Pepi Dimevski, combined with Frans Karoo’s distinctive vocals and their solid rhythm section, gives them a unique and lovely sound.” – Cito (WONDERboom) Titling their debut album “Until The Last Prayer”, Borman explains how the title and theme came about, saying: “One evening, while Pepi and I had a catch up over a glass of whiskey, we were talking about orthodox philosophy. Now, both of us are quite intrigued by monks and elders, who dedicate and sanctify their lives to a monastic lifestyle living in remote places like caves/ islands or the desert. We spoke about this legend where, in the story, God spared/saved the world of destruction thanks to one elder/monk who kept on praying. In other words, if there are no more prayers – whatever prayer may be for you – maybe then we won’t have a world we know it anymore.” He continues saying “So, in a sense, the album with all its different stories is about prayer. Prayer not in a religious sense. Prayer in an energetic, spiritual, quantum sense. Whether you are burning incense, whether you are lighting a candle, whether you are living a moral. pure and sacred life. Whether you are setting an intention. Whether you are meditating. Whether you give away and look after others.”

Frans Borman gives great insight into the theme and inspiration behind each single on the album:

“Gunshot Blue – Until The Last Prayer” is available on CD and online now from https://africori.ffm.to/gunshotblue_utlp